CES has been a major trade show where innovators, business leaders and entrepreneurs from all over the world showcase their technology before releasing them on the market. The 2020 CES hosted over 175000 people and consisted of more than 4500 companies making it one of the most significant shows of the year. In recent years one of the biggest attractions for CES has been the automotive section.

This where car manufacturers from all over the world come in to showcase their latest development and concepts. Now the 2020 CES was no different. There were plenty of things happening in the automotive section of the show with many companies wowing the audience with their innovations.

You May Also Read Luxury Cars With Lowest Maintenance Cost

It’s not possible to cover all the things that happened there but we have created a list of 2020 CES automotive highlights. Here we have covered all the major talking points within the automotive sector that you should know about. So let’s begin.

Audi has always been at the forefront of automotive innovation. The German car manufacturer showcased two different prototypes for this year’s CES and we think you should know about them.

The Audi AI: ME Vision is one of the best autonomous cars that was revealed in the 2020 CES. So the AI: ME Vision is a fully autonomous vehicle without any driver’s seat. This car has been built with the future in mind and it debuted back in 2019 in the Shanghai Auto Show. Audi boasts that this car is more like a lounge for the future city dwellers than anything else.

Inside the car, the passengers can just use the time on communication, entertainment or relaxation. So if you are at all familiar with Audi’s autonomous project then you have already guessed that it comes from the AI concept. The AI is basically a family of concept cars that debuted back in 2017 and Audi has showcased other models.

The family of autonomous cars includes AI: CON, AI: RACE, AI: TRAIL. Each of the self-driving cars has a different purpose and has been touted as the vehicle for future cities. The AI: ME is a compact car that will have automated level 4 driving.

This means that the steering and everything else in the front will be concealed. Instead, it has an open-pore walnut surface. There are magnets in place which will act as cupholders to hold metal cups or plates. The interior of the self-driving car from Audi also has VR goggles that can be used for entertainment purposes or to simply browse the internet.

Audi showcased its Q4 E-Tron concept as well. This all-electric compact SUV is the 5th series of all-electric vehicles from the German manufacturer. The Q4 E-Tron produces 302 horsepower with its 2 electric motors that power the front and rear axles.

The rear motor produces around 202 hp whereas the front motor produces 101 hp allowing the Q4 E-Tron to accelerate from 0 to 60 in 6.3 seconds. However, the top speed of the Q4 is electronically limited to 112 mph. The Q4 has an 82 kW battery that’s situated right between the axels under the body.

You can charge the battery to 80% relatively fast with the battery needing only a bit more than 30 minutes. Now the Q4 E-Tron has no mechanical distribution link for torque. Instead, the torque is delivered to each axle with an electrical system. While torque is usually delivered with a rear axel bias the system can deliver as much torque needed to the front axle as well.

BMW i3 Urban Suite Concept drew huge crowds in CES 2020. This is an all-electric single passenger car that gives you more of a boutique hotel vibe than anything else. The only thing remained from production was the driver seat and dashboard. The rest was redesigned by BMW to provide an amazing experience for the passenger.

The design team created a car where the passenger can work, enjoy entertainment or simply relax with minimum fuss. It has coach doors allowing easy access and is fitted with a lounge chair instead of the rear passenger seats. The front passenger seat has also been removed for the design to be more ergonomic.

The interior of the car has a trimmed in fabric and wood with minimal leather usage and you have a footrest that you can use as well for those long commutes. Now besides the lounge chair, there is a table and lamp combo and a screen that flips down from the headliner. Making the i3 concept a decadent lounging experience like no other.

Now you may not be aware of Byton but that’s because they are a relatively new company only being established back in 2017. The company is an all-electric car manufacturer that operates out of Nanjing, China with global offices in Germany and the US. The first car they brought over to the US is the Byton M-Byte that was revealed in this year’s CES. Byton says that the M-Byte is the next generation smart device on wheels.

The M-Byte is an all-electric crossover designed around connectivity and personal experience. It has an advanced electric powertrain with a 150kW motor on the front and a further 250 kW motor on the rear axle. The M-Byte has a choice of batteries with  72 kWh or 95 kWh batteries available as choices.

The thing that stood out on the M-Byte is the 48-inch curved display.that has a facial recognition system ad can be personalized according to individual users. The entire screen contains features that are intuitive and fairly easy for anyone to understand and use.

The interaction with the screen also feels natural with you being able to control it with your voice, gesture and touch control. The M-Byte is slated to go on sale in 2020 in China and 2021 in Europe and the US.

There’s been much hype about the Mustang Mach-E since the Los Angeles Auto Show last year. Ford showcased the car here at CES 2020. People gathered around the new Mustang. For the first time ever Ford is releasing an all-electric vehicle on top of that we are getting a Mustang that’s not a sporty coupe or convertible which is also a first.

The Mach-E comes in 5 different trims going from base-level Select to the high-performance GT and it comes with seating options for up to 5 people. Now since its an all-electric, it didn’t need a grille in the front instead it has a huge Mustang logo accentuated by its very classic Mustang-inspired design theme. The Mustang Mach-E GT is a powerhouse that creates around 459 horsepower and 612 lb-ft of torque and has can go from 0 to 60 in 3.5 seconds.

The GT also comes with 20-inch forged dark-finish wheels, red brake calipers, and a unique grille setting that made the car stand out in 2020 CES and was one of the best automotive highlights this year. Now if you know Ford then you know that they will offer a standard or an extended range battery pack varying across all the trim levels.

However, Ford execs did claim that the front wheel variant will have a 300-mile range in a single full charge but let’s wait till the car actually hits the asphalt. Then we’ll get to see the real mileage. With a base price set at around 43,895 dollars, Ford hopes that it is one of the most anticipated cars from the manufacturer in recent times.

You May Also Read Best Luxury Cars to Buy Under 40K

A CES To Remember

This year’s CES was amazing. Many companies from all over the world showcased their breakthroughs and innovations and frankly, we were amazed by the leaps taken by these companies. The whole automotive sector should be considered a 2020 CES automotive highlight. Everywhere we turned things seemed futuristic. 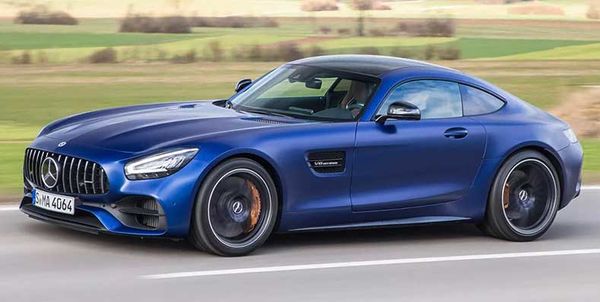 The Mercedes AMG GT line-up is the German manufacturer’s answer to dominating the market on luxury sports cars. Check out what it’s all about! 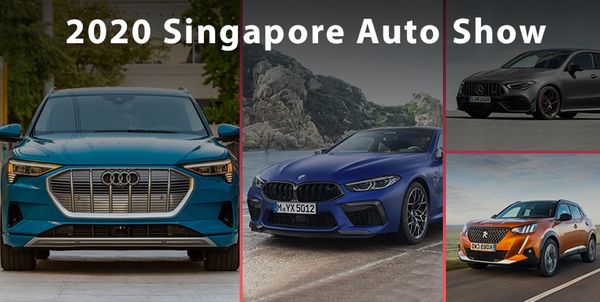 The 6th Annual Singapore Auto Show Just Concluded Back In January. There were so many things to look forward to. Here are some highlights you should check out!