While most people are awaiting the upcoming release of the dynamic 760-hp Shelby GT500 Ford has gone and revamped the Mustang. The Mustang has always been one of the best-selling Ford models throughout the company’s history.

Ford unveiled the four-cylinder EcoBoost model to much aplomb as lovers of the car have been waiting for a performance car for a long time. The new model comes with turbocharged 2.3-liter inline-four along with transformative racetrack hardware.

It is reminiscent of the Focus RS and even has the turbocharged 2.3-liter inline-four engine RS had. While the old conventionalists condemned 4 and 6 cylinder cars as not being muscle cars nowadays the scenario is much different.

The current EcoBoost 4 cylinder model offers a whopping 310 horsepower and 350 lb-ft of torque. Whereas the 4th generation V8 Mustang could only generate 260 horsepower and 302 lb-ft of torque. So it’s not really about the engine cylinders but about the power, it generates.  However, its odd exhaust note and bland energetic behavior is a downer on a car this powerful.

The Old In The New Mustang

Ford basically took the 2.3-liter unit of the Focus RS and swapped it in the new Mustang. So what they did was they engineered the powerful RS unit by recalibrating the internal parts to work with standard six-speed manual and optional 10-speed automatic transmission.

To ensure that the engine doesn’t fail within the rear-drive Mustang. Ford also built-in twin-scroll turbo compressor, a bigger radiator, and an active exhaust system. And the impact is prominent. While the 332 horsepower is slightly less than the RS but 350 lb-ft of torque is exactly the same. Ford boasts about the broader horsepower and torque curves that the EcoBoost mill brings and it seems that the engine is most responsive between 2500 and 5300 rpm.

You will love the new Mustang. The feel of the engine somehow announces that you are sitting on untamed power. When you start the engine there is a low grumbling sound like a baby lion is roaring and then it slowly just goes up with each rev.

If you are looking really hard then you will be able to see a slight delay in response when shifting from but other than that its near perfection. The way it handles it seems like it's encouraging you to chase after the redline 6500rpm and the thrill is exhilarating. And the optional automatic gearbox's ability to smoothly shuffle its 10 ratios is perfect as well.

While I have never been a fan of the automatic system I must say it is impressive. Now the Mustang's standard manual transmission, and the six-speed's notchy shifter and progressive clutch action lived up to its expectations and performed admirably.

But remember this is a 4 cylinder car and unlike V8s if you can’t heel-and-toe shift then you won’t be able to rev match. The V8s categorically have offered that option. Many of the equipment from the High-Performance package comes from the Ford Mustang GT.

Along with all these the Ford Performance has re-tuned many other features. The new Mustang has electrically assisted steering rack, anti-lock braking, stability control, and selectable drive modes. All the upgrades have raised the 155-mph speed governor.

What The New Mustang Offers

If you want the coupe or convertible with the high-performance package then you can but the EcoBoost is strictly limited to fixed-roof models of the Mustang. Remember the 4 cylinder’s  V-8's optional Performance Pack Level 2? Well, on any day the Handling pack handles better than the PPL2 while providing the same satisfaction.

With the adaptive dampers, hardier brake pads, and an even stiffer rear anti-roll bar the driver engagement has been improved to a much higher degree. The new Mustang has Stickier 265/40R-19 Pirelli P Zero Corsa4 tires on wider 19-inch wheels meaning better traction on the road resulting in better control.

The stability that the new mustang offers is far better than previously seen in any Mustang's GT PPL2 and Shelby GT350 variants. With tires that have better grips, the new Mustang turns and sways smoothly. You will not be tossed and turned when making sharp turns.

This combination of power, agility, and control has rarely been seen in performance cars and especially not in muscle cars. If you want you can get the heavily bolstered Recaro sport seats as well. Ford has taken the chance to get the upper hand on the Mustang’s fiercest competition the Camaro.

The performance development and stability is a direct effort to close the gap between the two cars who have been competing for dominance for a long time. The manually-equipped coupe starts at the base price of 32,760 dollars while the convertible equivalent comes in at 38,260 dollars.

If you are looking to get the full-zoot EcoBoost Mustang then the starting price for that is at 36,755 dollars. Now, this may mean that it is a bit more expensive than the Camaro but ultimately it is about the Mustang feel.

And here brand loyalty runs deeper than sticker prices. Ford with all the development and tweaks they made on the latest model,  EcoBoost 2020 Mustang has made strides into making a point to its competition.

I love the latest Ford Mustang model. It has performance, stability and looks to rival any muscle car out there. It was a fresher perspective on a model that has failed to impress in the last few years.

Now speaking of old Mustangs if you need to find OEM auto parts for your Mustang then you can check out PartsCargo. They have an extensive collection of auto parts for muscle cars. With that being said I will draw this review.

Did you like the new Mustang? Let us know in the comments below. Also, tell us if you have ever owned any Mustangs ever. We would love to hear from you and also send us your suggestions on which car we should cover next. Till then I will say, Adieu! 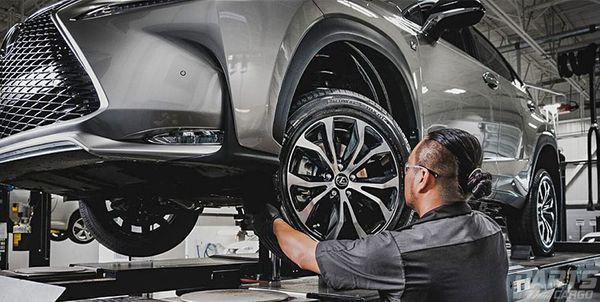 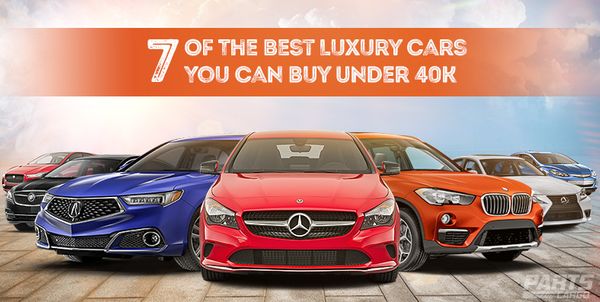 Do you think luxury cars are an expensive venture? Buying luxury cars doesn’t mean that it has to have a luxurious price. Here are 7 luxury cars under 40K.