Now there are a few cars in the world that could be at the epitome of driving and performance. One of those is Ford’s GT hypercar. It was built to capture the imagination of the driver and dominate the tracks. The new Ford GT Mark II has a futuristic design with a focus on aerodynamics.

The focus on the interior has been given to driving with seats fixed into position and it has most controls mounted on the steering wheel for ease of access. The Ford GT Mark II’s engine is a twin-turbo V-6 that produces 660 horsepower and 550 lb-ft of torque. The power is directed to the rear wheels via a seven-speed dual-clutch automatic.

The sound that Mark II makes is exceptional and is accompanied by extreme acceleration and has amazing handling capabilities. You have to remember that the Ford GT Mark II has been made for the tracks and not for the streets. However, the half a million-dollar Ford is exceptionally docile.

Now the automotive masterpiece is being made in a limited capacity but the fact that it exists should make the avid car enthusiast thrilled. So what is the new 2020 Ford Mark II about? Well, here in the following passages you will find an in-depth Ford GT Mark II review so you can know why the car is an automotive masterpiece. So let’s begin.

The 2020 Ford GT Mark II has a twin-turbo V-6 that squeezes more power out of the engine than the previous version. The 660 hp is an upgrade from the 647 it had before and the torque has a fatter curve from the previous iteration as well. The reason for the extra bit of power on the 2020 Ford GT is because they recalibrated engine management, and revised pistons and ignition coils.

The Mark II has been fitted with firmer damper settings, improved engine cooling, and a titanium exhaust system. The exhaust system has been known to make a more pronounced sound than before giving the driver a more immersive experience. Along with that, there are a few fresh appearance packages.

There is a new limited-edition Liquid Carbon package that has a special clearcoat replacing the old traditional paint so that people around can ogle at the carbon fiber body. There is an updated Gulf Racing livery that was included to celebrate the Le Mans win in 1969. Along with that, you can pair things up with the new carbon-fiber wheels on offer.

Now if you are looking for the best-looking Ford GT Mark II then you might like the Liquid Blue body with Frozen White stripes. The front and rear could be gloss carbon fiber and you can upgrade glossy carbon-fiber wheels. You can also go a bit exotic and have brake calipers blue.

For your interior, you can choose the Re-Entry Theme that comes with white-leather to the dashboard and seats. Now the Ford GT Mark II is an exquisitely expensive automotive option. If you are thinking about getting one of the Mark IIs then you will have to shell around half a million as the price for the trim is set around at 500000 dollars.

So the head honchos at Ford changed up the engine for the 2020 Ford GT. Instead of the old supercharged V8, the new Mark II has a twin-turbocharged 3.5-liter V-6 engine. The engine used in the 2020 Ford GT Mark II is very similar to the one used in F-150 Raptor.

2020 Ford GT Mark II produces around 660 horsepower and 550 lb-ft of torque that’s connected to a seven-speed dual-clutch automatic transmission. With these specs, the Mark II puts out great performances. This rear-wheel-drive GT goes from 0 to 60 mph in just 3.0 seconds and completes the quarter-mile in 10.8 seconds at 134 mph. Even though the hypercar is exceedingly fast it handles quite smoothly.

It feels light and agile from behind the wheel and the handling is amazing for a big car. Even though the performance potential of the Mark II is huge driving the beast doesn’t take any toll on your body. Now the suspension works well over minor bumps and doesn’t get choppy at all but over the harsh road and harder bumps you will feel the impact spread through the cabin.

Now for the fuel economy, we do not have the EPA ratings as they did not release it but once they do then we will know how the Mark II compares to its competitors like the Lamborghini Aventador and McLaren Senna. Now being a hypercar we can all guess that it’s not going to be the most fossil fuel cautious vehicle on the market.

The interior of the 2020 Ford GT Mark II has a gripping interior with minimalistic and driver-focused design. Almost all the controls in the car have been installed in and around the race-car inspired steering wheel. Now getting inside might be a bit hard and as soon as you go in you will see that the driver’s seat doesn’t adjust.

Ford designed the Mark II in a way so that the pedals and steering wheel adjust to the seats because the seat is non-adjustable. The gauge cluster for the Ford GT Mark II looks grand and the suede-wrapped dashboard and it houses almost all the infotainment controls. Now the Ford GT Mark II wasn’t built for you to enjoy entertainment.

It was built for the pure driving experience. However, it does have a 6.5-inch touchscreen that supports Ford's Sync 3 software. Now the Ford GT Mark II does have the usual voice commands and has built-in navigation for whenever you decide to take the hypercar to the road.

Now in terms of safety, it’s a bit different because the Ford GT Mark II has been created for the track. It’s a low-volume, ultra-high-performance model that isn’t tested by the institutions. It also lacks your traditional driver-assistance technology as it’s not your average consumer car.

So there you go, that concludes our 2020 Ford GT Mark II review. The hypercar is a magnificent piece of automotive engineering. Not only does it offer great performance but it also offers amazing handling.

Now we know that this car isn’t for everyone but if you are one of those people who can afford it then this will look amazing in your garage. And with that being said we will bring our discussion to an end. Until next time, Adios! 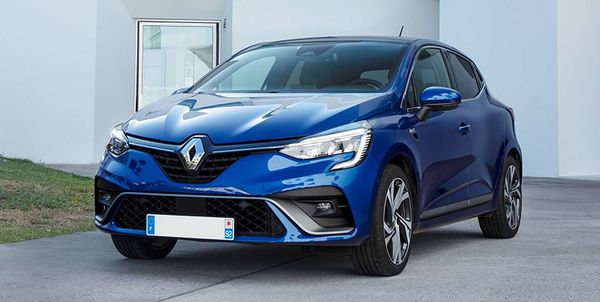 The 2020 Renault Clio is a car that wants to hold down its market share for small cars. So let’s take a look at what its all about.